WHO YA GONNA CALL? CLOUD-BUSTERS!! 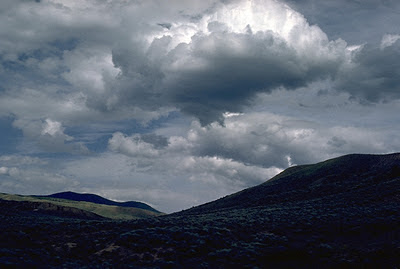 Cloud-busting is the alleged ability to dispel clouds using only the power of the mind.

As far back as 1895, French cloud-buster Louis Alphonse Cahagnet claimed that he could select a cloud in the sky and then disintegrate it within the space of 15 minutes simply by directing his thoughts at it. He informed a neighbour, called Lecoq, of his powers, and when Lecoq tried he discovered to his surprise that he too was able to accomplish this feat. Two other friends of Cahagnet, known as Médar and Gérard, also demonstrated this anomalous talent, and when they combined forces with Cahagnet to break up a big grey cloud, each concentrating upon a different portion of it, the cloud duly vanished in 10 minutes.

Perhaps the most famous cloud-buster was New Zealander Dr Rolf Alexander. In 1956, he performed a convincing demonstration at Holne Tor, Devon, in the presence of initially sceptical British journalist Fyfe Robertson. Alexander claimed that he could only disintegrate cumulus clouds, preferably well-formed and not overly large ones, stating that these possessed a very fragile electrical equilibrium, and that because of this he could destroy them by directing his mental energy upon them. He referred to his cloud-busting ability as creative realism, and believed that it may function by neutralising the clouds' electrical charges.

At the end of the demonstration, Robertson was sufficiently impressed by what he had seen to state: "I really find it very difficult not to believe, startling and improbable though it may seem, and almost in spite of myself, that Dr Alexander can disintegrate clouds". Nevertheless, his final, qualifying remark proved to be very prophetic: "Nothing I have seen adds up to the kind of proof which scientists can legitimately demand".

During the mid-1950s, Alexander's abilities were also tested by Denys Parsons from the Society for Psychical Research, in London, and meteorologist Dr Richard Scorer, an expert on cumulus clouds, from London's Imperial College of Science and Technology. This time, Alexander's results were less impressive, and Dr Scorer voiced the following conclusions.

Firstly, he pointed out that cumulus clouds tend to disperse naturally in 15-20 minutes anyway, so that there seems little hope of determining whether a supposed instance of cloud-busting has actually worked if it has taken 15-20 minutes for the cloud-buster's target cloud to disintegrate. Secondly, when a given cumulus cloud breaks up, it is usually replaced very quickly by new ones of similar appearance forming to one or the other side of it. Thus, unless this specific meteorological fact is known to a cloud observer, he may mistakenly assume that he has been watching the same cloud all the time - thereby leading him to believe that the cloud has indeed broken up into laterally-dispersed pieces. This, in Scorer's opinion, was the simplest explanation for Alexander's alleged cloud-busting behaviour.

In response, however, various other cloud-busting practitioners have claimed that they can disintegrate clouds in as short a period of time as 90 seconds. This is far quicker than the time taken for clouds to break up under natural conditions, but no formal scientific tests of such claims appear to have been conducted, so they currently remain unconfirmed. 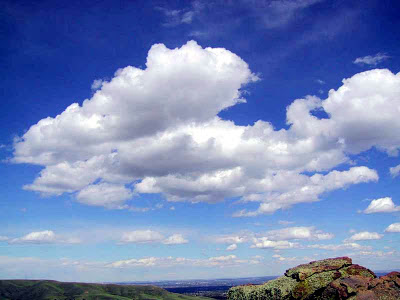