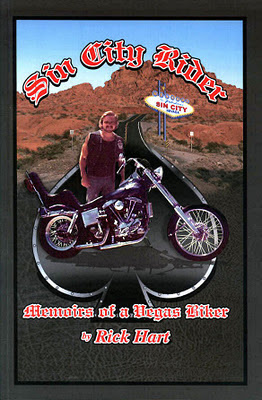 Rick Hart is and has been many things – a Vegas bartender, a US Air Force military man, an accomplished writer and eloquent poet (as this book readily demonstrates), a highly-skilled martial artist, and much else besides. But first, foremost, and forever, he is a biker. 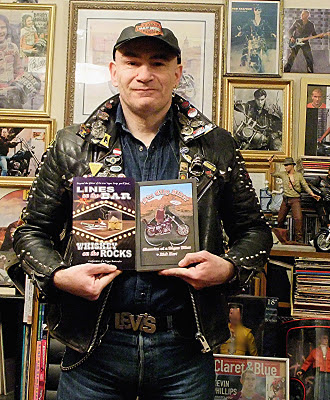 Me with my copies of Rick's books (Dr Karl Shuker)

Sin City Rider: Memoirs Of A Vegas Biker, Rick's second book, following on from his equally enjoyable and insightful Lines On The Bar – Whiskey On The Rocks, is a thrilling eye-opener of a read, recounting his years as a member of a back-patch motorcycle club beginning in the early 1970s. In it, he strips bare the many romantic, nonsensical images of what being in what is often termed an outlaw club is all about, revealing the true, sometimes gritty, often eventful, but always honour-bound reality. Because despite what you may have read elsewhere, being a club member is much more than riding a bike with your buddies and wearing the colours – it is about loyalty, dignity, being there for your bros, and – above all else – commitment. 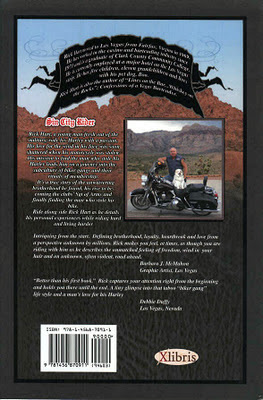 Back cover of Sin City Rider

In his club, Rick – or Turk, to give him his club name – was the Sergeant at Arms, responsible for maintaining order and discipline, and the club certainly chose the right man for the job. Rick is someone who others cherish greatly as a friend, knowing that he will ever be there for you, but fear greatly as an enemy, knowing that he will never not be there against you. And once again, the key theme to these twin aspects is commitment – never giving up on anyone or anything, and as his book so evocatively confirms, Rick never does.

This overriding sense of commitment shines through every page of Rick's words, with which he recounts in an engagingly laid-back but ruthlessly honest style of writing just some of the many adventures, good and bad, that he and his fellow club members experienced over the years. There is humour, frustration, surprise, tragedy (I guarantee the final chapter will tear your heart out!), revenge, joy, disappointment, and so much more here, plus a section in which he describes how he felt one night when entirely alone in the Nevada desert outside Vegas with just his Harley for company that is quite simply some of the most evocative poetry that I have ever read.

Many bikers (myself included) have dreamed at some stage or another in our lives of what it must be like to belong to an 'outlaw' motorcycle club, but few of us have shown the courage and single-minded determination to live that dream, to abandon so much of the trappings and chains of the modern age in search of freedom and comradeship, a brotherhood linked by two wheels and the open road. Rick, however, is one of those few who did just that (the chapter in which he describes how he became a patch holder is one of my personal favourites), and this fine book is a moving, spirited testament to that choice.

If you're a biker like me, you will devour page after page of Sin City Rider with a gnawing hunger to experience those long runs with Rick and his bros down the wide, starkly beautiful desert highways – I read it from cover to cover while on holiday recently, and enjoyed every last word. And if you're not a biker, then I strongly suggest that you read this book without delay, and see what you've been missing out on all these years!

And don't forget to check out Rick's previous book too, Lines On The Bar: Whiskey On The Rocks, for an exhilarating, eye-opening insight into the other, much less glamorous, darker side of Las Vegas. 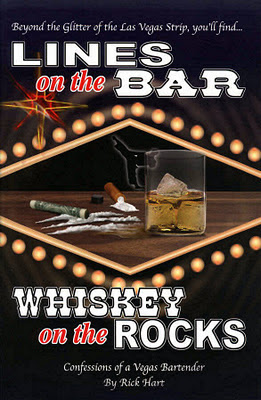 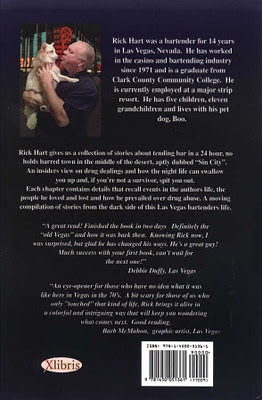 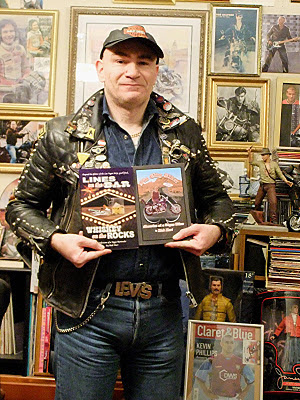