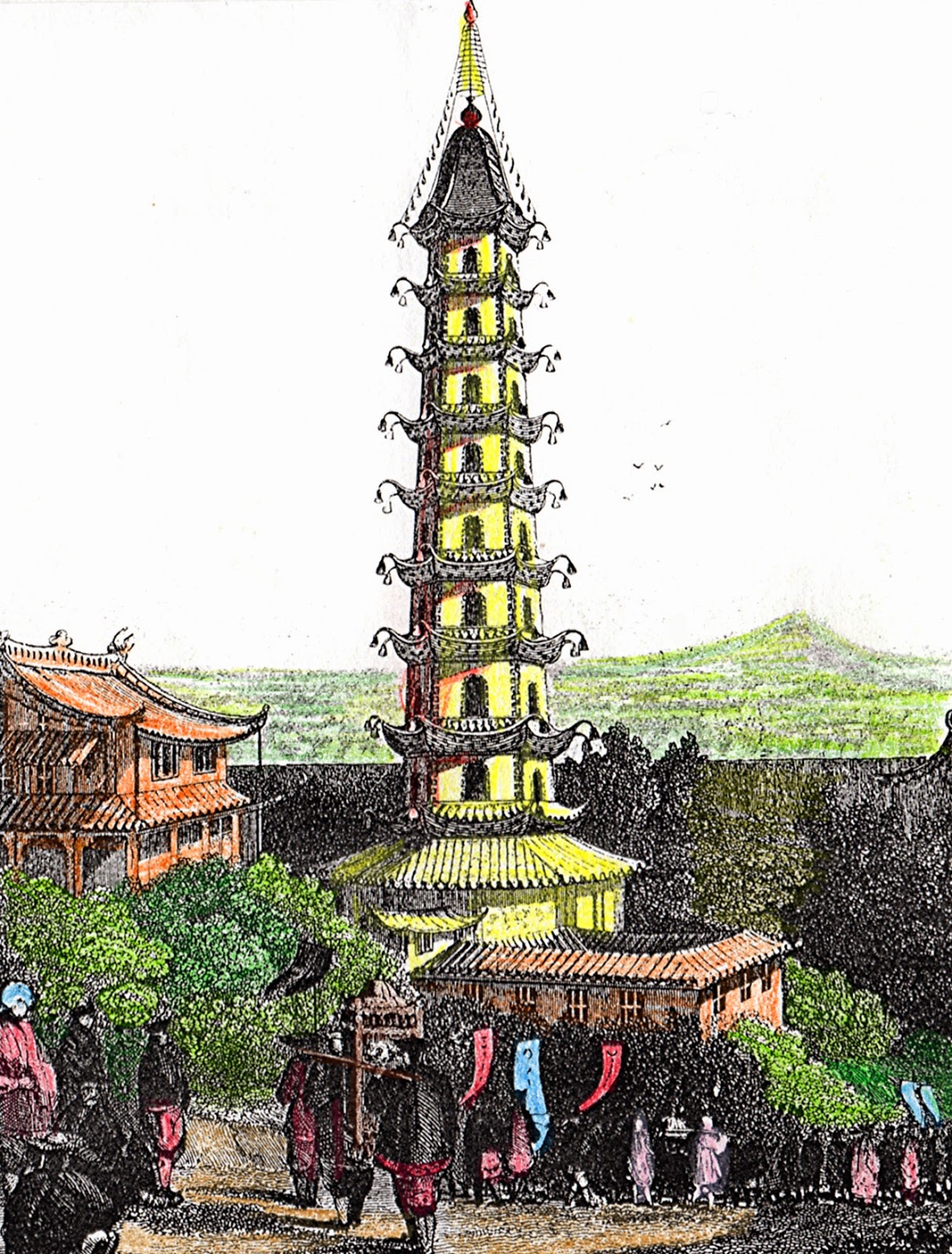 Most people can name at least some of the Seven Wonders of the Ancient World. Far less familiar, conversely, is the list that designates the Seven Wonders of the Middle Ages. Chronologically speaking, its medieval time-scale is interpreted very loosely, bearing in mind that among those monuments included in this list are Stonehenge, the Colosseum of Rome, and the Great Wall of China.

Even so, the term 'wonder' is undeniably appropriate, not only to those three already named here, but also to their four fellow marvels. Namely, the Mosque of St Sophia in Constantinople, the Catacombs of Alexandria, the Leaning Tower of Pisa, and - perhaps most incredible of all - a now all-but-forgotten but incomparably exquisite pagoda known as the Porcelain Tower of Nanking (now Nanjing).

Beginning in the year 1413 AD during the Ming Dynasty, this ethereal edifice's creation was commissioned by the Emperor Yung-Loh, as a peerless monument to the memory of his late mother. Indeed, as one bygone chronicler eloquently wrote:

"He determined that its beauty should as far outshine that of any similar memorial, as the transcendent virtues of the parent, in her son's eyes, surpassed those of the rest of her sex." 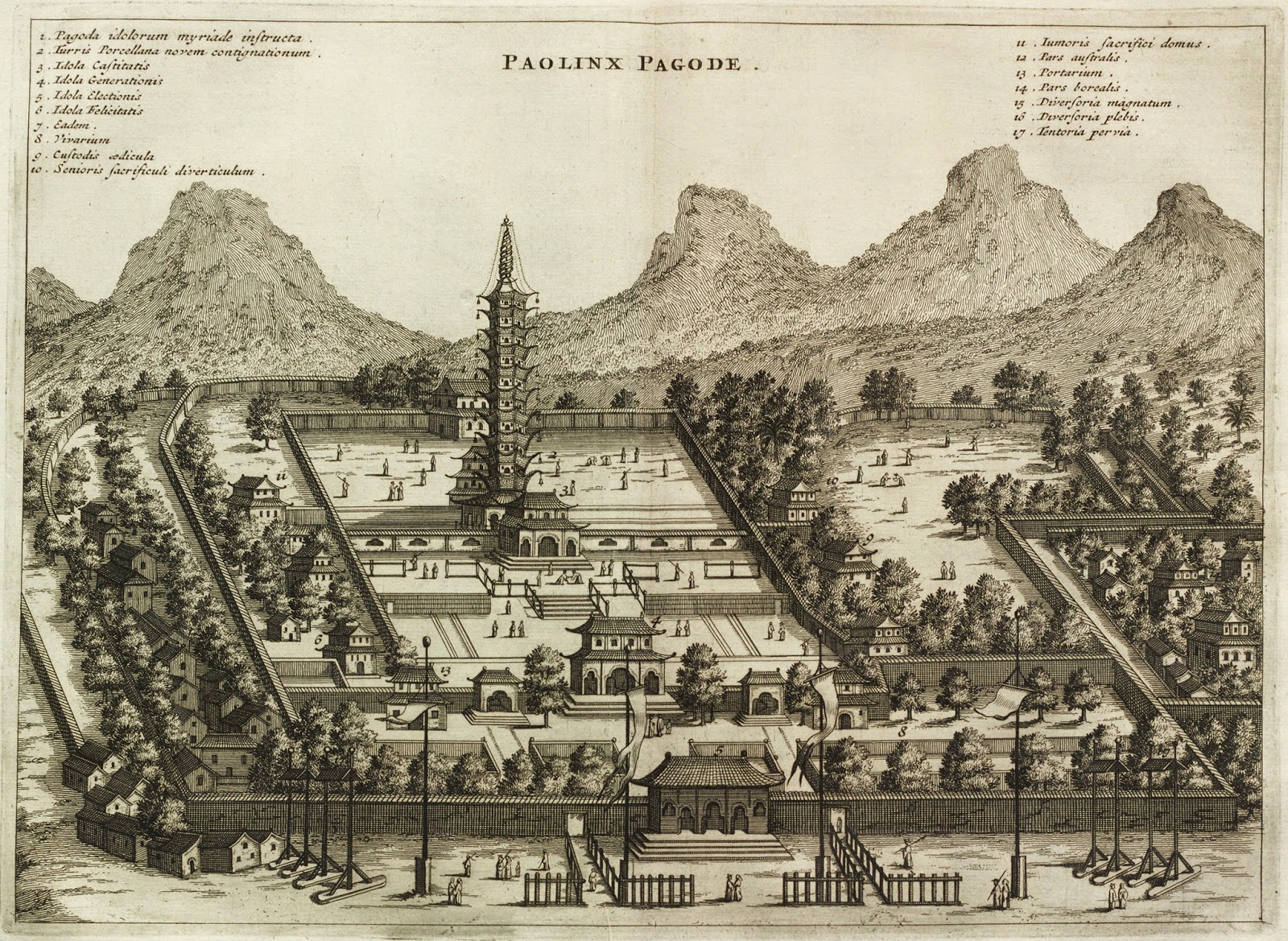 Almost 20 years, and a fabulous sum of money (the equivalent of over a million pounds today) later, the emperor's Porcelain Tower was complete, and its magnificence surpassed even his own grandiose expectations. Standing 260 ft high, octagonal in shape, containing an inner staircase spiralling upwards for 184 steps, and consisting of nine storeys topped by a lofty spire, it was faced from base to apex with the finest glazed, coloured porcelain, bearing designs of animals, plants, and landscapes. It was also adorned with many Buddhist images. But that was not all.

At the summit of the tower's spire was a richly gilt pineapple-shaped sphere of brass, from which, like the tentacles of a gleaming metallic octopus, eight long iron chains extended to eight projecting points upon the roof - and from each chain a small bell was suspended, which hung over the tower's face. The same format was duplicated on each storey, yielding a uniquely delicate, fragile aspect contrasting pleasingly with the more formal upright outline of the tower itself.

This fairytale effect was heightened further by the presence of 140 lanterns in several specially-carved apertures round each storey's outer face. Quoting from the description penned by a long-demised Chinese chronicler, when these lanterns were lit each night:

"...their light illuminated the entire heavens, shining into the hearts of men, and eternally removing human misery!"

And as an act of veneration to the deities of Heaven, as well as a charm for warding away evil, two large brass vessels and a bowl were placed on top of the tower, and filled with priceless articles of countless kinds. Glittering precious gems, multicoloured pearls reputedly empowered with miraculous properties, quantities of gold and silver, and even a selection of silken wares, copies of ancient Chinese writings, and a box of the finest tea - all were present. 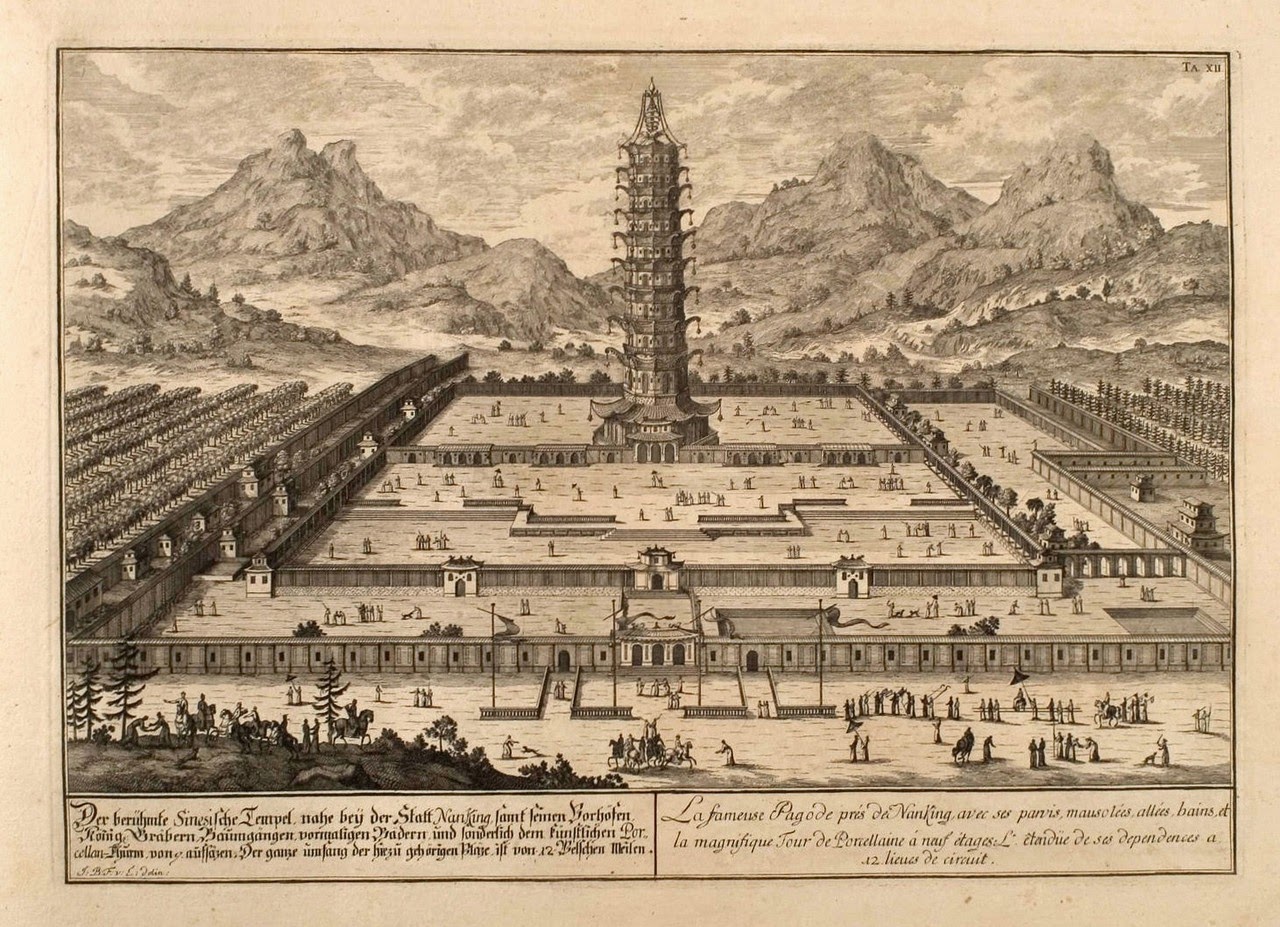 The spectacular result was a radiant beacon of porcelain, emitting a dulcet paean of joy whenever the gentle breezes stirred its bright company of bells, and  proffering a myriad of treasures beyond estimation in decorous obeisance to the deities in exchange for their divine benevolence. How richly indeed did this dream-like monument in memory of a dear mother deserve its worldwide renown as an architectural wonder too.

Tragically, however, like all dreams and fairytales, it could not last forever. Four centuries passed by without incident, but in March  1853 the city of Nanking was captured by the Taiping Rebellion - a major uprising against the Qing dynasty. Even so, such was its spectacular, awe-inspiring beauty that for three years the Porcelain Tower quelled even the rebels' destructive impulses, as they single-mindedly annihilated everything else appertaining to Nanking's imperial heritage. By 1856, however, their anti-Imperialist fervour had at last focused its impassioned attention upon the final symbol of this city's historic past - the Porcelain Tower.

Having been created by an emperor, the tower was doomed. And so it was that this glorious triumph of inspirational human achievement was demolished - felled like a mighty oak tree, shattering its porcelain visage into an infinity of glinting fragments, stilling forever the tinkling laughter of its bells, and strewing its venerable offerings far and wide like cheap, discarded trinkets.

The victims of War have been many and multifarious, and one was the Porcelain Tower of Nanking. Truly a thing of beauty and a joy, if not forever, then certainly for several centuries - and perhaps even longer too, if we are able to recall and recapture its peaceful, timeless memory for a brief moment amid this hectic modern world.

Moreover, in 2010 Wang Jianlin, a Chinese businessman, donated the stupendous sum of 1 billion yuan (equivalent to 156 million US dollars) to Nanking to pay for this lost national (and international) wonder's complete reconstruction. So who knows – perhaps one day this city's magnificent Porcelain Tower may rise like a veritable phoenix from the ashes and rubble of erstwhile rebellion, restored to its former glory and destined to delight future generations right across the globe. May it indeed be so. 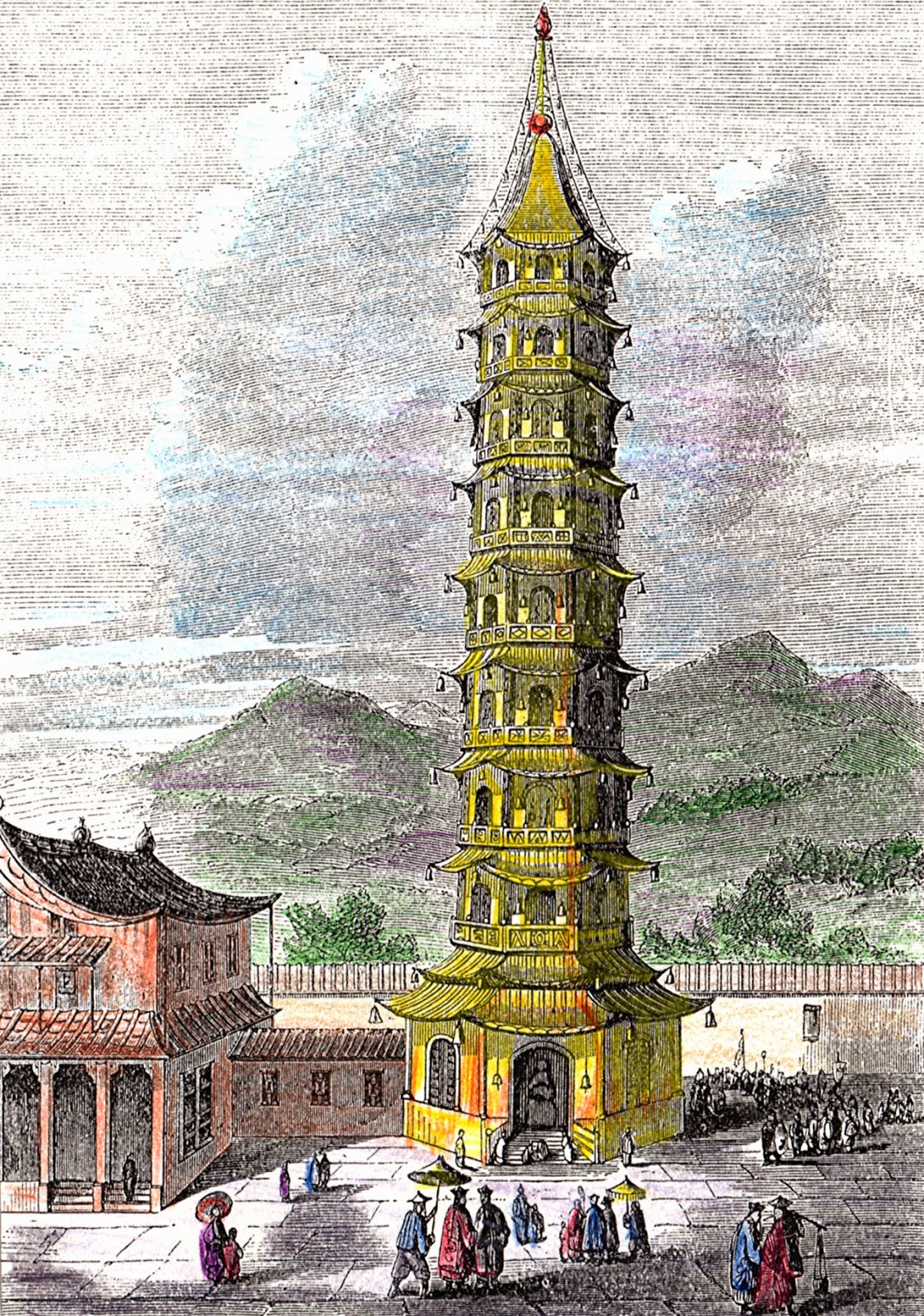